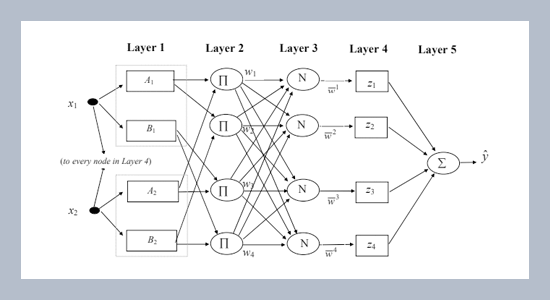 Modeling and optimization of a process with multiple outputs is discussed in this paper. A neuro-fuzzy system named MANFIS, which comprises a fuzzy inference structure and neural network learning ability, is used to model a multiple output process. Optimization of such a process is formulated as a multiple objective decision making problem, and a genetic algorithm and a numerical method are introduced, respectively, to solve this problem based on the MANFIS model. We have used these two algorithms, respectively, to solve a chemical process optimization problem, and compared their performances. A combination of these two algorithms is also suggested to improve performances of both algorithms. The proposed approach is also applied to a wire-bonding problem in semiconductor manufacturing.